Milo’s* mum had a history of trauma and was experiencing mental health problems which left her bed-ridden and struggling to care for her four children.

Child protection had been involved with the family over a number of years. Milo was trying to hold the family together but the house was in disarray. Local schools were concerned about his young siblings’ behaviour and school attendance, and neighbours reported the children were often fighting in the street. 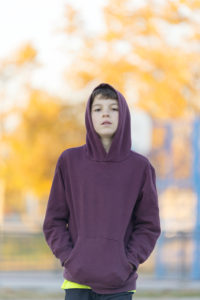 But Milo was reluctant to get help because past experience with welfare workers had left him fearful about what would happen to his family.

When an intake worker from our trial of the Functional Family Therapy – Child Welfare (FFT-CW) program first visited Milo’s home, he was suspicious and defensive. The worker left concerned about the young man’s wellbeing and when she returned the next day, Milo burst into tears.

“He realised that we were not there to blame him but genuinely there to help and listen to him,” says project manager Trish Reck. “Milo’s tears were of relief that the family and state of the house had not scared us off, and that someone had noticed his distress and come back so soon.’’

Milo’s family were among the first to take part in a trial of FFT-CW, an evidence-based program from the United States which has been introduced by Anglicare Victoria after its great international success in keeping kids out of the care system.

FFT-CW targets vulnerable, traumatised families experiencing high levels of conflict, who have previously had difficulty accepting support services. It aims to divert families away from child protection and build their skills so they can decrease their reliance on external services over time.

“The program aims to get families engaged quickly by immediately reducing negativity and blame, and replacing it with hope. It also gives them practical skills to communicate and function more safely as a family,” says Trish.

Each family is matched with a trained therapist who works with the whole family in regular sessions for between four and seven months.

The aim is to help them improve their relationships through a behavioural therapy program, so young people can live safely at home with their parents.

*Names and details have been changed for privacy reasons.