Quick Exit
To leave this website quickly, click the 'Quick Exit' button. If you are in immediate danger call 000 (Australian emergency line), for advice about family violence call 1800 Respect on 1800 737 732 (Helpline).
Accessibility
+ Language

Home > News > ‘Clem’s Bus’ gets students on the road again

‘Clem’s Bus’ gets students on the road again 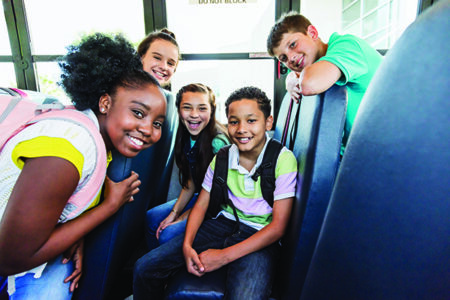 School buses are one of those things most people don’t fully appreciate – until yours gets written off in an accident after you loaned it to another school.

That was the story for Tootgarook Primary School on the Mornington Peninsula, which suddenly found itself unable to transport its students to excursions and sport competitions.

While the primary school received an insurance payment after the accident, the bus was so old that it wasn’t worth repairing. Camps, science and drama activities were all off the table with the bus out of action, and the school could no longer do its regular morning pick-ups of students from nearby areas whose parents had difficulty getting them to school.

Enter Anglicare Victoria, which provides educational, family and carer support services to Tootgarook and four other nearby schools. In this case AV was able to reach out to one of our generous donors Peter Clemenger, who immediately recognised the importance of a bus to the daily business of a school. Mr Clemenger’s extraordinary generosity was able to get students back on the road again.

AV Wellbeing Worker Sonia Sutcliffe works on site at Tootgarook Primary School, and said Mr Clemenger’s generosity in helping to purchase the bus would benefit the school and students in many different ways.

“The students will now be able to go on excursions and explore the local areas of Mornington Peninsula; furthermore, they can head off for fun-filled city adventures!” Sonia said.

“We have many excited staff, teachers and – most of all – students waiting patiently on the arrival of their new vehicle, which will be proudly named ‘Clem’s Bus’. Anglicare Victoria and the Tootgarook Primary School community cannot thank Mr Clemenger enough,” she said.