Bold thinking needed to tackle the crisis of homelessness

How bad does a situation need to get before governments realise that this country has a homeless crisis. The shocking and tragic circumstances surrounding Courtney Herron’s death may be a cauldron of many issues, but it’s also a commentary on the policy neglect we’ve allowed in affordable housing over many decades. 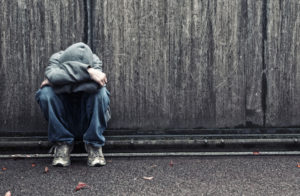 Walk the street in any Australian city or town and you’ll see as a consistent feature; a homeless person sleeping in a shopfront, on the footpath, or camping rough in a park.

It’s a problem that’s in our face and around the corner – it’s very hard to ignore. Yet, for our governments it remains an unexplainable policy ambivalence of national proportions.

The neglect by government, state and federal, for the best part of two decades has created over-crowded emergency housing wait rooms, compromised and unsafe living arrangements, and no access to affordable rents for thousands on a lower income. Our psyche has developed a strange tolerance for the vision of rough sleeping on our streets, and now we are confronted with tragic loss of life to go with it. On any scale, this is our nation’s greatest social issue to resolve.

The homeless crisis we have and the related lack of investment by government is not a case of the boiled frog syndrome. Governments have been told about this crisis over and over again, but have been stubbornly unwilling to put real investment in addressing the climbing homeless curve.

The Andrews Government was advised by experts that Victoria needed 3000 social housing units per annum for the next ten years to meet the current demand. The government announced 1000 over three years.

Uncharacteristically defensive, the Premier responded to disappointment towards this lack of investment by stating: “we will build the units we can afford.” We don’t get that kind of language when it comes to a new tunnel or yet another mega prison. Victoria’s expenditure on social housing is half the national average, and it needs a ‘public transport’ type of investment.

The same inertia is also witnessed at a federal level. Nowhere in the Morrison platform is a comment, plan, or strategy to wrestle homelessness to the ground. Although it is encouraging that the Prime Minister has appointed a Minister for Housing and an Assistant Minister for Community Housing, Homelessness and Community Services. Tick for that.

But largely, Canberra is out of touch with the pains and costs of homelessness in our community. It could do worse than revisit former Prime Minister Kevin Rudd’s rallying cry for all his MPs to visit a homeless service in their first month of his government. Morrison could start there and see where it takes them.

It is clearly time for a national homelessness summit to jolt governments out of this inertia. A national plan is needed, drawing on all tiers of government to wrestle this problem to the ground.

Our housing problem in this country is not a reflection of a lack of innovation, it is a problem of scale. It will require all players to come together as housing policy sits across all tiers of government.  A homelessness summit could kick-start the policy development and be tasked with big bold solutions, drawing on the best approaches from around the world to guide national action.

A number of years ago, I spent some time living down in Los Angeles Skid Row area. I watched the abject poverty that many of the homeless experienced, talked with authorities about their plans to turn around this bleak outlook, and looked at the ways city planners were thinking to change the imagery of American city streets and their homeless. In 2016, residents of Los Angeles approved ‘Measure HHH’, a $1.2 billion bond to provide housing to thousands of the city’s homeless people. This pledge will help to finance the construction of 10,000 units of affordable permanent-supportive housing over the next 10 years.

This is the type of big bold thinking that is needed here in Australia if we are ever to address homelessness. While we may not like to identify ourselves in Los Angeles ‘Skid Row’ terms, our homeless numbers and the story of this young woman suggest otherwise.

Our governments bear the responsibility for the size of this problem, through wilful policy neglect and underinvestment. One of the most important functions of government is to care for our most vulnerable. We owe it to those thousands sleeping rough, including the young people like Courtney Herron, as they brave the cold and face the risks in Melbourne’s parks tonight. The action for us all is to grasp this moment and take the big step to address the homeless crisis in our country.