From Grandmother to Kinship Carer

“I went to bed one night single, I woke up the next morning with three children. I didn’t have a pregnancy to prepare for having kids – or deal with the traumatised behaviour and difficulties that have added to the challenge.”

That’s how Michelle* describes her experience of becoming a kinship carer to her three grandchildren four years ago. Michelle’s adult daughter was battling drug addiction and after an overdose it became clear she could no longer look after her children. 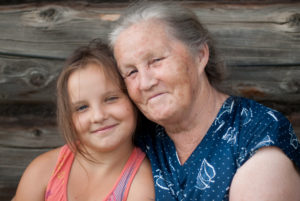 Rather than have the children placed with a foster family they didn’t know, Michelle embarked on a new journey as a sole carer of three kids under nine.

“They were very traumatised by some of the things they had seen and heard and I didn’t know how to look after children who had experienced trauma,” Michelle says. “Also, things had changed so much since I had kids, with all of the technology and Facebook that needs to be monitored.’’

In 2018 Anglicare received State Government funding to offer the First Supports program, which will allow us to help more newly formed kinship families get off to a strong start. Kinship care team leader Claire Thornell says there has been a holistic approach to supporting Michelle’s family, focusing on what she and each individual child needs to thrive as a strong family unit.

Michelle has taken part in programs which help grandparents update their parenting skills and been linked to peer groups and with practical support such as respite care.

Anglicare has helped her secure financial support for kids’ activities, such as ballet and guitar lessons, and household equipment to cater for the needs of a growing family.

All of the children have been deeply affected by their experiences and receive ongoing support services. Michelle’s grandson has angry outbursts and she attended Anglicare Victoria’s Breaking the Cycle program to support carers experiencing violence in the home.

Michelle says peer groups, especially a monthly meeting of kinship carers, have helped her survive in her new caring role.

“So many people – even in your own family – don’t understand what you are going through. I don’t feel so alone,’’ she says.