Home > News > In the spirit of generosity

In the spirit of generosity

Norm Geschke: An Australian hero who believed in giving a fair go.

In 2018, at age 96, Charles “Norm’ Geschke passed away. Having lived a life of contribution towards his country and community, his final act of kindness was leaving a gift to those whom he felt a great sense of empathy for: the vulnerable and disadvantaged children of Victoria. 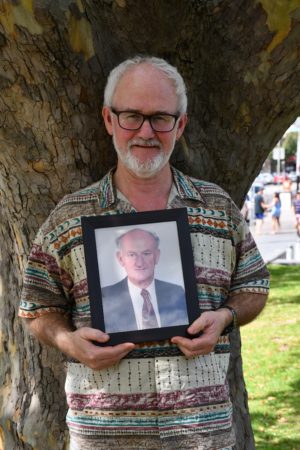 Recently we met with his son, Phillip, who described his father as a strong-willed man of many talents and interests with a deep drive to serve and support those around him.

As a teenager living through the Great Depression and the Second World War, he was instilled with a deep sense of service, justice and compassion for vulnerable people.

He signed up for the RAAF on his 19th birthday, and by the end of his service he had flown 17 different types of aircraft including Australian-built Mustangs and Lincoln bombers.

Norm went on to become the Director of Consumer Affairs. “He believed in fairness, he’d see injustice and chase it,” remembers his son, Phillip.

Norm devoted time to many areas of interest but never lost his care for young people. When he saw the local Youth Club was struggling, he applied his strong organisational skills to reinvigorate its essential role in young people’s lives.

Throughout their life, Norm and his wife Audrey made significant donations to over 35 different charities. Norm’s final wish to provide support to young people living in Out-of-Home-Care encapsulates a life of service and is typical of Norm and Audrey’s generous spirit. 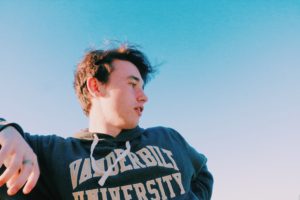 Sandy* had been living in residential care with AV for many years following a challenging upbringing.

When Sandy was about to turn 18, his mind was preoccupied with the difficult reality of leaving state care.

Norm’s gift allowed AV staff to set Sandy up with much-needed tools and work clothes for his new employment as a part-time concreter. Sandy was overwhelmed with appreciation.

AV’s Out-of-Home-Care Manager, Trevor Day, said, “These extra funds have been a godsend. We are in the business of creating memories for our young people, and Sandy will cherish his 18th birthday for years to come.”